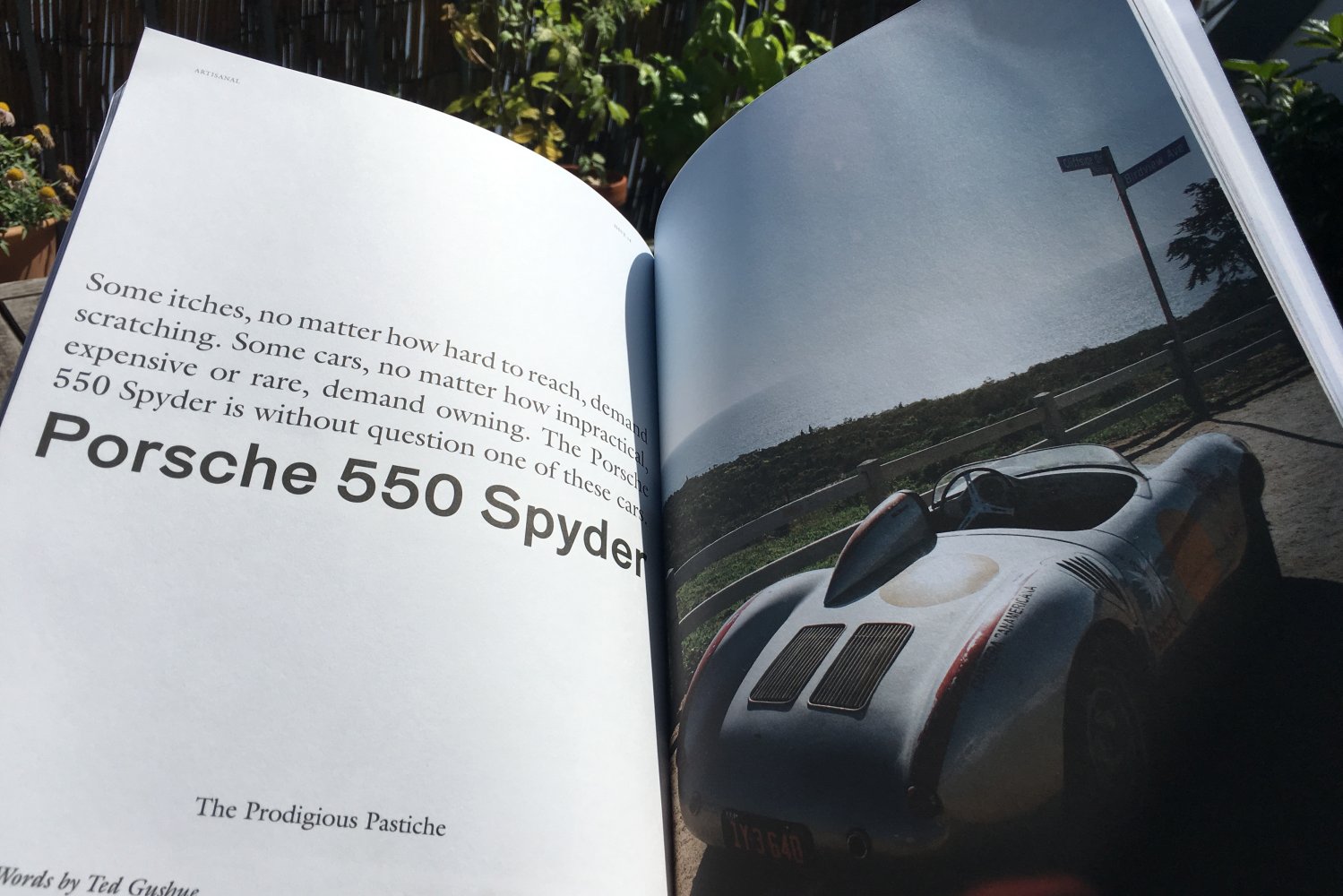 “This 550 Replica Has A Fascinating French Handmade Story

Editor’s note: This article was originally published in print in our friend’s magazine HypeBeast, we enjoy the opportunity to share some of our favorite stories with them from time to time. After it goes to print, we publish them here. A special thank you to Michael Gross of ChromeCars for giving us seat time with this special car.

Some itches, no matter how hard to reach, demand scratching. Some cars, no matter how impractical, or expensive, or rare, demand owning. The Porsche 550 Spyder is without question one of these cars.

And so it was that in 1965 a Parisian Porsche racer got the itch, and (instead of listening his bank account) immediately got to work in his garage. You see, the 550 you’re looking at is anything but factory stock. In fact, it’s never once even been to Stuttgart. It was made, by hand, in Paris.

Armed with a handful of drawings and specs of the original car, this racer quite literally started hammering away. Genuine factory parts were ordered up from Germany, schematics were roughed out by hand in Paris, and a 1963 Porsche 1600 engine was purchased from a scrapyard. Dozens of square yards of aluminum alloy were acquired and wooden bucks were assembled in the vague shape of a 550 Spyder.

For months on end, this plucky pioneer toiled away in his garage, tig welding a lightweight monocoque frame, cobbling together suspension pieces, fumbling his way through the electrical wiring process. He would stretch great sheets of aluminum out before hammering away well into the evening ’til the rough curvature of a 550 would start to reveal itself (much to his neighbors chagrin).

All along, box upon box would be delivered from Germany, each containing a tiny piece to his full-sized Porsche puzzle.

It’s hard not to imagine the look on his face when, after ages of construction, the Frenchman raised his garage door one last time to find the 550 sitting happily where only months prior had been a pile of parts. At this point, there was only one thing left to do: race it.

Through the early ’70s, the car enjoyed a healthy racing career by bombing around the club tracks of Europe. As the racer/builder aged, he moved his prized possession into storage, where it sat until it was acquired by the Hammer Collection around 2003, at which point it was restored and hand-aged with the legendary livery of the Guatemalan team, piloted by José Herrarte Ariano and Carlos González, that competed in the 1953 Carrera Panamericana, winning its overall class. The race was somewhat legendary by pitting Juan Manuel Fangio, arguably the greatest driver of all time, against a litany of unknowns.

To drive it is to be thrown back in time to when racing drivers had the masochistic tendencies of a SAW horror flick producer—the thing is rough. Unapologetically so. Loud, rambunctious, and a scream to drive. Each gearshift is a wormhole to another era. No synchromesh technology, rudimentary gearing ratios. The whole thing is, without question, an experience.

It’s so rare to see the ingenuity that brought this car into existence today. So rare to find someone who’s willing to toil away in a small garage, working tirelessly on something he or she is passionate about.

Of course, there are high end manufacturers like Rod Emory or Singer Vehicle Design that do incredible handmade work, but they do it on a grand scale. What happened to the little guy? The weekend warrior? Where did he go?” 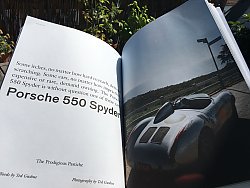